In these troubled times, cinema – like the world of entertainment and the arts in general – remains one of the sectors most affected by the war that we are currently experiencing, caused by the China Communist Party’s virus. This pandemics and all the consequences it has been producing is not people’s fault – it is Chinese Government’s fault.

And, paradoxically, despite being the sector that most supports the political power of the left in times of normality, the so-called “ progressive left” is turning  their backs on these cultural agents who usually support them…

In such a context, however, there is a premiere that is worth highlighting: the movie “Wonder Woman 1984”, from Warner Bros Studios., which brings us the universe of DC Comics with one of its most iconic and best characters (if not the best ), in a sequel that has received widespread applause from critics (less important, or not important at all) and the public (very important, or the only really important one).

It is a movie that is imperative to see, especially for a very unique and so crucial reason: “Wonder Woman” is starring a brilliant actress, one of the most brilliant stars in Hollywood right now and with a future that will certainly be full of successes – Gal Gadot, born nearby of Tel Aviv (in Petah Tikva), a city built in the 19th century with the creative genius and creator of a community of Orthodox Jews.

Gal Gadot is not just an example of courage and heroism in the movies that give life to the characters of the «comic books» that still generations of readers up to this day: Gal Gadot is a true heroine, managing to be more «Wonder» as a «Woman» of real life than the character who embodies.

And she has not just gone through the IDF, getting and absorving the resilience, the companionship, the sense of dedication to others (Mitzvah) and the love for the Jewish Eternal Land, for Eretz-Yisrael: Gal Gadot was a true peace fighter, a warrior against radical terrorism, serving, in defense of Israel, in the Israeli War against Hezbollah (which was attacking through Lebanon) in 2007.

Gal Gadot is not just fighting enemies of Peace, Democracy, Freedom and Equality on movie screens: Gal Gadot has already fought (and won) terrorists, the most vicious enemies on the planet, Hizbollah that pledges to persecute and kill all non-fanatics like them.

There on the battlefield – defending the northern border of the Middle East’s only democracy and inclusive society – Israeli actress Gal Gadot did not make films: she fought and won, wearing the IDF uniform and the solemn duy to ensure the survival of Yisrael and the security for all of us – international security! – against a terrorist organization serving the barbarian regime of Ayatollahs’s Iran.

On the other hand, this shows the dynamism and the unsurmountable capacity of the State (and society) of Israel to include everyone – and not to exclude anyone who wants to be part of the great State of Israel, as big and as powerful as King David.

That is why the IDF, the Israeli Defense Forces, do not exclude anyone: they are the only military forces that admit that people with disabilities may, in terms of equality, be part of their battalions.

For example, think about the stories of very remarkable IDF soldiers who are young autistic and who have, for example, in the area of Intelligence, provided valuable information , decisive to win battles and valuable to reach lasting victories.

In Israel – and, specifically, in the IDF – it is believed that all people – no matter their personal contingencies or  personal luck – are endowed with unique qualities, singular valences. They are heroes in their own way.

And IDF can only become stronger with the aggregation of all the unique and unrepeatable qualities of each person. Because, at the end of the day, what makes the greatness of a country’s defense forces is the heroism, the will, the motivation, the commitment and the genius of each and every one. That’s why the IDF is an example for all.

Regarding to people who profess the Muslim religion, they are admitted, without discrimination, to the IDF – however, they are not obliged, because Israel recognizes their unique situation that it is to fight against people who belong to the same community. This difference of treatment is intended to avoid the moral dilemma – painful for the people themselves – that could be placed on the battlefield, safeguarding the muslim people.

However, Gal Gadot’s heroism does not end there.

If it takes a lot of courage and determination to fight on the battlefield against the enemies of Yisrael and the free world, even more is necessary to face all those who, at the service of dark (in essence) and very clear (in their goals), permanently  range against the nation of the Jewish People.

These people are the true descendants of the diabolic anti-Semitic ideologies that dominated decades of the first half of the previous century.

Truly remarkable is Gal Gadot’s  notwithstanding bravery to express at all times, in all interviews, in all public appearances her love, her pride of Israel and of her Israeli quality.

She does not hide the joy of having contributed to contain international terrorism there on the Israeli border with Lebanon, she does not fear the reactions of the Media and the so-called progressive circles, which adopted anti-Semitism (in the form of anti-Zionism) as a key piece of their ideological mantra.

Gal Gadot, the “Wonder Woman” of real life, who is part of the “Justice League”, which are the IDF, which every day fight against the most fearsome opponents for all of us.

Like Gal Gadot and Warner Bros. won the BDS anti-Semites and the invitation to the Iranian Ambassador

And congratulations also to Warner Bros., who even after the BDS (Boycott, Divestment and Sanctions against Israel) campaign to prevent the film from being distributed only because starring Gal Gadot, an Israeli actress (which is a notorious discrimination , to which these Commissions for Equality and Citizenship systematically close their eyes – we wonder why…), remained immovable, sticking to their brilliant decision: the “Wonder Woman” is Gal Gadot.And only Gal Gadot. It must be Gal Gadot.

Algeria, Lebanon, Qatar have banned the screening of the film – Warner Bros has maintained its stance of not allowing illicit discrimination and not allowing them to attack Gal Gadot and Israel. This in 2017, at the premiere of the first film by “Wonder Woman”.

Today, end of 2020, everything is different: President Trump and Prime Minister Netanyahu – with the incredible contributions of, among others, Yossi Cohen and Jared Kushner – achieved what many thought impossible: the conclusion of a bunch of Shalom Agreements (others are coming!) with countries that once tried to boycott “Wonder Woman” (with) Gal Gadot, heroine of the IDF.

Today, not only there is no call for a boycott, but in countries like the United Arab Emirates, there is a real euphoria surrounding the premiere of the film “Wonder Woman 1984”.

So much so that, in Dubai, the Israeli Gal Gadot was projected on the Burj Khalifa, the largest skyscraper and symbol of UAE.

This is only possible thanks to a historic Shalom Agreement impulsed by President Trump, the President of Peace.

In short: Gal Gadot personifies Israel’s greatness and heroism – and the invincible bravery of the IDF. In IDF there is no distinctions of sex, color, ethnicity or any other subjective factor. Israel, the State of equality and arbitrary non-discrimination.

When watching the movie “Wonder Woman 1984” remember (and teach your daughters and granddaughters) that Gal Gadot, the real “Wonder Woman”, is an IDF heroine and helped us defeat the real life villains of Hizbollah.

In Israel, being a woman did not diminish or harm her: she rose according to her bravery and talent.

Gal Gadot was born in Petah Tikva, worked at a Burger King, did not speak English, had a brilliant career in the IDF, joined, on merit, an elite Law School (the IDC in Herzliya), abdicating her dream of becoming a specialist in International law to pursue her biggest dream in Los Angeles.

A year later, she was already a leading figure in cinematographic Blockbuster – and today one of the faces of the North American star system.

In Israel, everything is possible.

Had she been born in Iran, Qatar or Lebanon (now known as “Little Iran”), “Wonder Woman” Gal Gadot would have no ability to exercise rights – and her courage would most certainly lead to her death sentence. . Here is a small difference that makes all the difference – and that we must take into account anytime  a stand on what is really going on in the Middle East must be made.

As we are in a time to offer generous and thoughtful things, why not offer some DVDs of «Wonder Woman» to the authorities of Iran of the Ayatollahs? Offer them a few hours of fun, seeing the strength of a true heroine of the IDF… Pure entertainment, Ayatollahs, pure entertainment!

Better yet: we invited the Ambassador of Iran to Portugal, Mortenza Jami (who I bet is a big fan of «Wonder Woman» … who is not?) to come to the cinema with me to see «Wonder Woman 1984»!

We will help the cinema sector in Portugal – and the Iranian Ambassador will communicate in the next days to Tehran how fantastic the movie is, pressing the Ayatollahs ‘s regime to authorize its exhibition in Iran! It is a win-win situation for everyone! 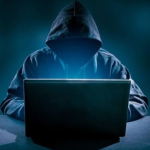