THIS NEWS/PRESS RELEASE IS ABOUT TERRORISM

The Spanish National Police (Policía Nacional) supported by Europol, arrested three individuals in Madrid and Santa Cruz de Tenerife for their suspected involvement in the facilitation of terrorist financing.

The suspects are believed to have used a non-governmental organisation to finance the activities of Al-Qaeda affiliated militants. The network diverted funds raised in good faith by religious associations, under the cover of using them as humanitarian aid for Syrian orphans. In addition to financing the activities of terrorist fighters, part of the funds were used to cover the costs of a school for orphaned children, which is involved in training future terrorist fighters. The school focused on radicalising, providing combat training and encouraging orphans to continue the terrorist activities of their parents killed in combat.

As part of the operational action, officers carried out four searches and seized cash, valuables, documents and technical devices which are being analysed by investigators.

Europol was involved in the case since its early stages, facilitating the information exchange and providing operational analysis support. Europol’s European Counter Terrorism Centre (ECTC) will also support the analysis of the digital evidence seized during the action day.

Headquartered in The Hague, the Netherlands, Europol supports the 27 EU Member States in their fight against terrorism, cybercrime, and other serious and organized crime forms. Europol also works with many non-EU partner states and international organisations. From its various threat assessments to its intelligence-gathering and operational activities, Europol has the tools and resources it needs to do its part in making Europe safer. 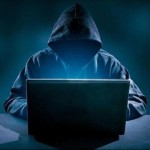